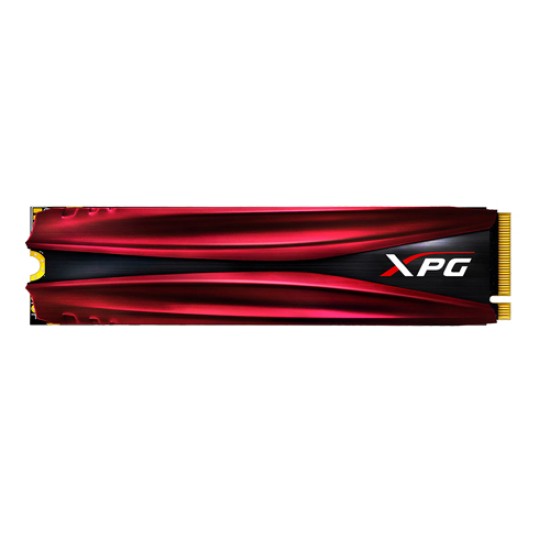 Get Best Price In India on TLG GAMING

Employing the extra-fast PCIe Gen3x4 interface and supporting NVMe 1.3, the GAMMIX S11 Pro delivers blazing fast read/write speeds of up to 3500/3000MB per second. What’s more, the S11 Pro is encased in a heatsink that reduces the SSD’s temperatures by up to 10°C. Equipped with 3D NAND Flash along with SLC Caching, a DRAM Cache Buffer, End-to-End Data Protection, and LDPC ECC technology, it maintains high speeds and data integrity even during intense gaming, rendering, overclocking, and other high-demand applications.

Cool-Headed in the Face of Battle
A heatsink with a sports-car-inspired design makes the S11 Pro look and stay cool. Compared to M.2 SSDs without a heatsink, the S11 Pro is up to 10°C cooler, offering enhanced system stability.

Accelerate on to Victory
Featuring SLC Caching and a DRAM cache buffer, the S11 Pro accelerates read/write speeds up to 3500/3000MB/s and delivers random performance of up to 390K/380K IOPS. Whether booting, gaming or transferring large files, the S11 Pro accomplish them quickly and effectively.

Backed by a 5-Year Warranty
Every component on the GAMMIX S11 Pro has passed meticulous screening, testing, and certification. The GAMMIX S11 ships with the comfort of a 5-year warranty.