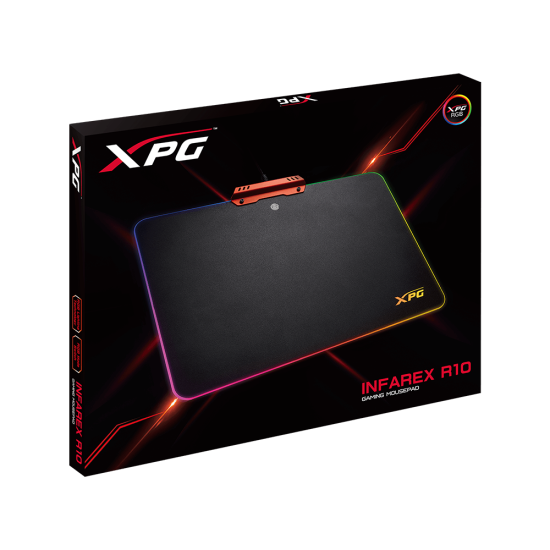 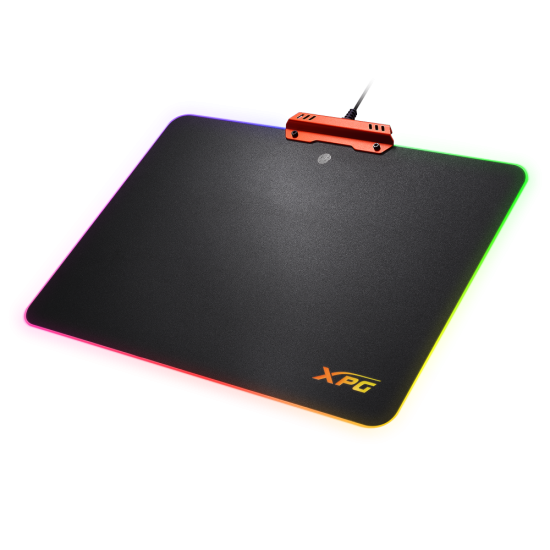 FREE SHIPPING Out Of Stock

XPG INFAREX R10 GAMING MOUSEPAD Every epic battle needs an equally grand arena! The INFAREX R10 gaming mousepad boasts unique RGB lighting effects, which can switch between lighting modes simply by tapping the switch button on the mousepad. The rugged PVC surface is resistant to scratches and abrasion, which means users can move the mouse easily and quickly with complete peace of mind. With the precision offered by the INFAREX R10, the outcome of every battle will never be in doubt!The INFAREX R10 comes with three different lighting modes: mono-colored lights (7 colors to choose from), cycling lights, and pulsing lights. Gamers can configure their experiences according to their own personal preference, to help them get in the zone and defeat every enemies.The INFAREX R10 is made of tough, scratch-resistant PVC, allowing it to be used on a variety of surfaces. The mousepad itself has the perfect amount of friction, so users can move the mouse with maximum precision, thus ensuring that they will never be at a disadvantage on the battlefield.

GET IT AT BEST RATES ONLY ON TLG GAMING INDIA

Out Of Stock
Corsair MM400 Compact
FEATURESLow-friction, high-performance mouse mat optimized for gaming sensors.The surface of the MM400 is made of a high-quality, long-lifespan polyme..
Rs.1,550.00
Ex Tax:Rs.1,313.56
Add to Cart
Add to Wish List Compare this Product
Ask Question Call For Price